Will CALIFORNIA DISTRICT ATTORNEY OFFICES LEAD THE WAY IN FRAUD-FIGHTING?  They have $32 million now to get the job done; Let’s hope they do it and do it NOW.  Read on…

ARE THERE RICO VIOLATIONS??  READ ON….

WE ARE THE MEDIA NOW, THE WORKERS COMP MEDIA NOW.  SO BE IT.

MAY 2012 – no treatment and benefits terminated 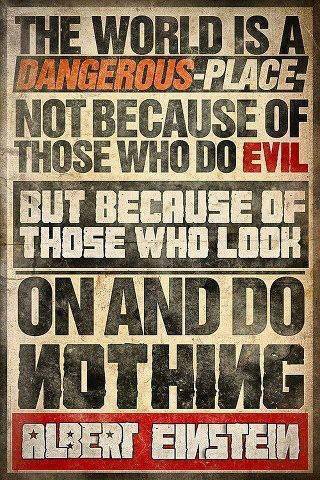 …. in order for the insurance company to obtain bogus reports, based on the incompetence and lack of expertise in neurosciences and functional neurology.  The various apparently ‘shopped’ reports from various providers of the Workers Comp Gravy Train provide ammunition for the insurance company defense counsel to fabricate an image of ‘no injury’ or ‘100% recovery from injuries’ without benefit of any medical treatment of evaluations in accordance to LABOR CODES.   Legal counsel was knowingly or unknowingly complicit in the deceptions, and failed miserably in properly representing Injured Worker, without expertise in representing a brain-injured client.   All three dismissed law groups appeared to compare a TRAUMATIC BRAIN INJURY to a broken leg, and applied the same theories of legal practice. 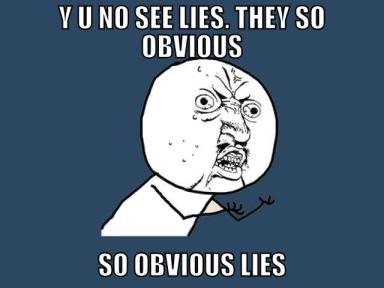 The unreimbursed medical miles since April 2012 to date amount to $2,649.00, plus maximum penalties to be ordered by the Court.  The requests were submitted in a timely basis, 8 or 10 times to both the Adjuster and Defense Counsel, and each subsequent follow up is met with “we didn’t get it” “please send it again” “we thought we paid that” “we don’t have it” “what medical miles are you inquiring about”.   The same fabricated responses hold true for requests for self-procured medical treatment, to-date in the amount of approximately $13,000.00, plus penalties and perhaps trials and jail-time for some of the providers.  The county district attorney offices have been funded with several million dollars for fiscal year 2014, in order to FIGHT WORKERS COMP FRAUD.  Let’s hope they focus on the real criminals in the system, who are maiming and killing injured workers, all the way to the bank.

An unreasonable failure to timely pay reimbursement for mileage to and from medical appointments is a basis for an award of a 10% penalty against the entire medical treatment portion (species) of benefits, past present and future.  Payments after 30 days of request for reimbursement may be unreasonable, and it is up to the court to decide what constitutes a reasonable or unreasonable time to reimburse an applicant for covered expenses.   Avalon Bay Foods v. WCAB (Moore) 63 CCC 902 (California Supreme Court) says that when an insurance company is 60 days or more late in paying medically related transportation expenses (mileage reimbursement), there is a Labor Code S5814 penalty owed on all medical treatment benefits (of which mileage is a part).

Medical care that had been self-organized [due to MPN issues, for another blog], in conjunction with Adjuster,  was terminated because Injured Worker IMMEDIATELY requested a second neurologist–with an expertise in TRAUMATIC BRAIN INJURY — rather than “epilepsy and fibromyalgia”.  The first neurologist was an absent-mind-professor type, who even had to borrow the injured worker’s pen to complete the ‘visit’.   Without medical evidence, said ‘professional’ ‘offered’ preventive ANTI-SEIZURE pharmaceuticals, with liver killing side-effects, amongst others.  This practice was deemed unfounded by the medical profession in — 2004….. to immediately offer anti-seizure meds when a 2nd impact blow to the head occurs after an untreated concussion/traumatic injury.   Said ‘professional’ also insisted on a ‘SLEEP DEPRIVED EEG’ 3 weeks into the future, which are known to CAUSE seizures.

Since Injured Worker had very high ‘pre-morbid’ intelligence levels, and still had sufficient street sense to have “WTF” sirens go off at the bizarre demand, contrary to ‘rest the brain’ by other doctors.  The danger was apparent to the brain-injury survivor….that to drive 220 miles, SLEEP DEPRIVED WITH A BRAIN INJURY, was simply INSANE.   The insurance company adjuster wanted this doctor to be the new ‘primary treating doctor’  [over the injured workers’ dead body, we presume!].  Injured worker then hired Attorney #2.  On Easter Sunday, 2012, said doctor called injured worker to again discuss liver-and-other-organ killing pharmaceutical, ‘seizure medications with mood elevators’ to also help address [dumb down] the apparent anger issues.  Said doctor was offended when injured worker replied, “I don’t take drugs.”

He muttered something about ‘these are not drugs, they are pharmaceutical medicine’.   There was no ‘meeting of the minds’ in this doctor-patient arrangement and in retaliation, more than one month after the 15 minute visit/evaluation, this neurologist [referred to as the ‘Neuro-Nazi’ by injured worker and friends!] so he then threatened that if a prescription was not accepted and called in to a local pharmacy, he would report the patient to the Department of Motor Vehicles, to have driver’s license revoked, which he did.

The injured worker fought the good fight, and intends to include this doctor in a report for fraud investigations.  Furthermore, the demanded ‘Sleep deprived EEG’ could only be done in his office, by his technician [for his profit.]   BOOOOOO.  DANGER DANGER.

The second neurologist was ‘authorized’ more than a year later, and his specialties were… non-existent.  His medical opinion and expensive report indicated complete healing, magical as it may seem to all, and that the only continued treatment suggested was “over the counter analgesic.”  The football crowd may have a good laugh at that doctor.

The “forensic psychiatrist’ could not keep the dates or facts straight in his $4,000 bogus report, and clearly indicated, regarding injuries sustained in 2012:  “”Neuro-Psychiatric symptoms include a loss of consciousness on February 4, 2013, and a history of a closed head injury on January 9, 2013.  Her loss of consciousness was apparently due to a swollen brain and interrupted chiropractic care.”  For treatment, this arm-chair-rocket scientist, further states:  “Treatment should only be provided industrially if the Finder-of-Facts finds some evidence of an industrially-related concussion injury.”   [The skewing of facts is probably due to the short time spent with patient, although under penalty of perjury, he alleged he spent 7 hours with injured worker.  Uh oh.  Fraud Alert!  Perhaps this doctor should be drug tested.]

DOES THIS MEET ACOEM GUIDELINES FOR TREATMENT AND EXPERTISE for BODY PART INJURIES INCLUDING BRAIN, HEAD, EYE, NECK, BACK, SHOULDER, OTHER BODY-PART SYSTEMS??  Draw Your Own Conclusions!

The WORK COMP Gravy Train of doctors/providers/legal counsel sent the trusting brain-injured worker to many apparently ‘shopped doctors’ without any brain-injury expertise , (causing brain injured worker, at 10 months post-injury, to SEARCH FOR AND  SELF-PROCURE reasonable and appropriate medical care —> because ‘authorities’ refused to provide reasonable and appropriate medical care).  This list includes evaluations ONLY, no treatment  (other than the stated exceptions of some chiropractic, some chat-therapy with clinical psychologist(s),  and a few cervical physical therapy sessions: : 2 chiropractors (1 declined due to paperwork/authorization madness and apprehensions payment would be withheld by adjuster), 2 neuropsychologist (1 declined to treat when Injured Worker appeared for appointment,  due to Work Comp, although it was later discovered said doctor was the only local neurologist on alleged MPN list), 3 clinical psychologists, 9 MDS (3 family practice, 5 orthopedic surgeons [for brain injury, d’oh!] 2 neurologists, and others: 1 DC with specialty in functional neurology, 1 accupuncturist, 1 EEG neuro-feedback phD (who provided the only EEG, self-procured, unreimbursed), 1 physiatrist, 1 speech therapist (MA, CCC-LS LSP), 1 physical therapist, 1 optometrist, 1 neuro-optometrist, 1 vocational rehabilitation vision specialist, 1 doctor of unknown credentials who repeated tests taken within 30 days, causing‘practice effect’ in results, and 1 forensic psychiatrist. 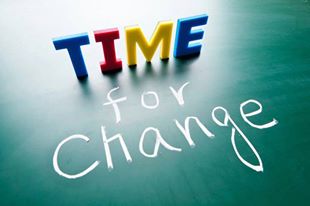 PENALTIES FOR FAILURE TO PROVIDE MEDICAL CARE in accordance with WCAB guidelines.  This violation appears to be a $10,000+ penalties, which could include prosecution for fraud and collusion to maim and kill injured workers for corporate profits.

Knight v. United Parcel Service and Liberty Mutual Insurance Company, 71 CCC 1423   In this case, the Board held that an employer or insurer’s failure to provide required notice to an employee of rights under the medical provider network (MPN) that results in A NEGLECT OR REFUSAL TO PROVIDE REASONABLE MEDICAL TREATMENT RENDERS THE EMPLOYER OR INSURER LIABLE FOR REASONABLE MEDICAL TREATMENT SELF-PROCURED by the employee.

Krueger v. Republic Indemnity Company of America, 28CWCR44 says I have the right to change treating doctors at any time pursuant to Labor Code S4060.  It also rules that AD Rule 9785 is invalid.   The case says AD Rule 9785 is invalid because it is inconsistent with the right of an injured worker to the “free choice of physician” guaranteed by Labor Code S4600.  Therefore, under this case the injured worker need not request a QME evaluation in order to obtain medical care.  Under the laws as set forth in the court case Emporium-Capwell Co. v. WCAB (Tidwell) 48CCC801 (1983), the injured worker has the right to change treating doctors at any time after waiting the appropriate time from the date of injury.

Under LC S5814, applicant may be entitled to a sum equal to 25% of the value of the treatment or service denied, if the doctor requires authorization for a medical procedures or treatment and the insurance company unreasonably delays or refuses to authorize it.

“Injured workers may pursue civil claims for damages under the federal racketeering law known as RICO (Racketeer Influenced Corrupt Organizations) based on a scheme to wrongfully deny them workers compensation benefits the Sixth Circuit ruled today in Brown v. Cassens Transport Co., No. 05-2089. The plaintiffs, a group of six injured workers, claimed that their employer, Cassens Transport Company, the company that administered Cassens’s workers compensation claims, Crawford & Company, and a doctor, Saul Margules, “employed mail and wire fraud in a scheme to deny them worker’s compensation benefits.”  More specifically, the injured workers alleged that “Cassens and Crawford deliberately selected and paid unqualified doctors, including Margules, to give fraudulent medical opinions that would support the denial of worker’s compensation benefits, and that defendants ignored other medical evidence in denying them benefits.” …. 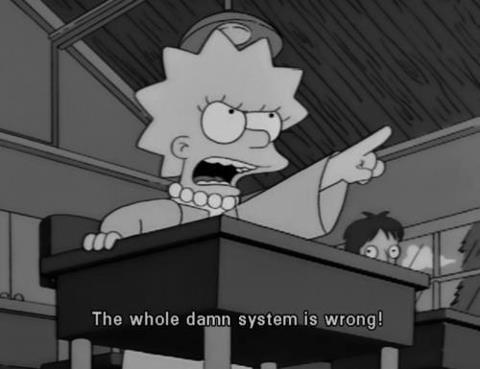 The court also addressed two other RICO issues.  First, that reliance by the injured workers on defendants’ fraudulent misrepresentations was not an element of a civil RICO claim based on a Supreme Court ruling in Bridge v. Phoenix Bond & Indem. Co., No. 07-210 (June 9, 2008).  Second, the workers pleaded a compensable RICO injury because “the defendants’ fraudulent acts were a ‘substantial and foreseeable cause’ of the injuried alleged by the plaintiffs: the deprivation of their workers’ compensation benefits and expenses for attorney fees and medical care.”

WE ARE THE MEDIA NOW and for that WE ARE RESPONSIBLE.

WE ARE THE MEDIA NOW, AND FOR THAT, WE ARE RESPONSIBLE.

WHAT IF we realized how powerful we are??  ONE, DIVIDED BY NO THING.