How not to handle a #WorkComp Brain Injury Case for a Global Timeshare Company!

WorkComp is not an employee benefit. It would make Hitler’s heart sing, from the grave! Monday is Ground Hog Day. Yeah, we were warned!

Adjuster asked, “Just to confirm what address would you like the PD advance sent to, thanks.”

Grancell now begging Court for #WorkComp fraud investigations of AME/QME? Or just churning the file? Maybe the District Attorney will reopen the investigations? Nothing seemed to happen beyond ‘your claims have some merit’ in 2013 and 2014.

Or are they positioning for a very expensive FEHA violation lawsuit?  Or more?

Injured Worker is still ready/willing/able to cooperate in efforts to save the lives of other injured workers from WorkComp med/legal chicanery. It may be good for the CorporatePrison Profits?

Hey, the Long Term Disability provider agrees with their IME report that the one year treatment at Coastline Community College Acquired Brain Injury Program is a good idea and they have me ‘medically certified’ as Temporarily Totally Disabled until December 1, 2015.

RELIANCE/MATRIX HAS A PROFESSIONAL TEAM, AND THEY HAVE HONORED THIS SELF-PURCHASED LONG TERM DISABILITY POLICY WITH GRACE AND RESPECT FOR FIDUCIARY RESPONSIBILITIES. They have always been kind and polite, and patient with my clearly evidence TBI consequences. WHY CAN’T CNA BE LIKE THAT?

Wassup now, Stewart and Kim? Did you ever figure out that the “brain” is indeed a body part located in the head?

Grancell wants me to endure yet another battery neuro-psychology evaluation…. is that called “Dr Shopping” since there was two in early 2012 (all requests for treatment failed), a forensic psych in 2013, along with two neurology evals with doctors with zero expertise in brain injury—– alll three ‘industry leased/owned’ doctors…. then in 2014, 3 more batteries of neuro-psych tests….and then a swathe of Corvel doctors to non-recommend the reports and requests of about 30 others doctors? What’s really going on here? How many reports does the defense need to grasp the meanings behind all the reported ICD-9 diagnosis? Jeeeeez! I could administer these tests by now, due to practice effect! Oh, that’s right. You don’t read the reports, you just churn them? “Defending your clients”… Yeah. By the way, I am injured under the CNA policy, and you have apparently caused CNA to continuously breach that fiduciary responsibility to me.

Tell that to the Judge, too, huh?

Omission of medical records to those 3 doctors in 2013 sure set them up for some pretty flawed reports, didn’t they? The Court made you provide the omitted records to the first two industry owned/leased doctors, then you repeated the process again with the third, without consequences? We’ll see, won’t we.

I suggested to Fred this week that after the next session at Coastline, ending May 31, 2015, we could consider reevaluation and mediation….. read on to find out how Grancell’s handles a Brain Injury Claim. It’s a well documented pattern of practice of harm. That does not address the refusals to engage in interactive process and other Civil Rights Violations.

Silly me. Medical care and disability benefits–temporary or permanent, are not part of the CNA coverage, are they? Date of injury: 1/9/12. File churning stilll going on, and Wyndham refuses to request a #ClaimAudit. Meanwhile, the life of another InjuredWorker in America gets the shrug and sigh, with a quiet, “Ain’t it awful, folks?” Why does Wyndham pay these people to harm injured workers and fail to monitor the activities of the Wyndham vendors? It’s not personal? It is when it happens to you!!

Fred (CNA) and Tina (WYN) and I got things sorted out, so I have the discount vouchers for a Wyndham hotel to stay in while I am at the Coastline Community College Acquired Brain Injury program, a State funded, and State Department of Rehabilitation approved program.

Fred was going to advance funds since defense…. acts like it does. The check was expected today. What a surprise!

I wasn’t even fussing that they continue to fail to authorize treatment, often requested for the past 3 years. Monsters, simply enemies of humanity. Well. It is what it is. Let’s keep moving. Read on. You might learn something that may be revolutionary to WorkComp, and might save a life, perhaps your own.

Let’s recap and review, shall we? These are for Norin, Stewart, Kim, Thomas, Fred and Shane et al. I think they may be trying to make Fred the Fall guy.

BTW, are you #LinkedIn? Check out these postshttps://www.linkedin.com/today/author/52490934

Adjuster: “I received your email and I wanted to make sure I was understanding your request. Are you asking for a $5,000 permanent disability advance to be deducted from future settlement?”

InjuredWorker: “Are you asking for a $5,000 permanent disability advance to be deducted from future settlement?” Yes if/and/then,….and $10K would be even more helpful if/and/then…..”

“An advance would also allow me to ‘take my foot off the gas pedal’ on blogging, then at the end of the 16 weeks, if Stewart et al agree it’s possibly ‘ripe for mediation’ we can move forward to settlement, if there is any interest in so doing. I have found my voice on Social Media, so we can do this for years, till last gasps, if that’s what Stewart wants. At least when I am blogging, I feel like I am making a difference in the lives of other injured workers.”

Adjuster: “Just to confirm what address would you like the PD advance sent to, thanks.”

RATHER THAN A CHECK IN THE MAIL FROM THE ADJUSTER, A PETITION FOR ORDER ASSIGNING SECOND PANEL QME was received from Defense Counsel.

Defense counsel continues to deny ADA requests for electronic communications, knowing full well that the rural post office is more than 5 miles from home. Continued chicanery. The request was apparently “hand delivered” to the Court House on 1/29/15 for further advantage, since Defense knows that injured worker is preparing to commence treatment on Monday at Coastline Community College ABI program, causing continued financial hardship to injured worker.

Is this simply more file churning or does the Defense rely on colllusion of WCAB to extend the failures to medical care for over 3 years. Defense cites reports from 2013, AME/QME that are egregiously flawed with clear intent to deny medical care, and none of those 3 reports have any expertise in brain injury diagnosis, nor treatment, evidenced by their recommendations along lines of ‘over the counter analgesics’ and no speech therapy, no EEG with medical correlation, no MRI, no neuro-optometry, no help whatsoever, ca-ching, ca-ching, ca-ching.

Initial reports were based on medical evidence that omitted more than 300 pages of 2012 reports, and these doctors then, upon being provided with the omitted 2012 reports for supplemental reports ca-ching ca-ching ca-ching….. rather than revise the inaccuracies of their reports, they simply falsely claimed that said records were evidence of pre-existing symptoms, including visits to the EAP appointed doctor directly after the injury, and initial neuro-psychological evaluations, authorized by the adjuster in February 2012, all recommendations ignored by adjuster and defense counsel. Bla bla bla. (see blogs at https://askaboutworkerscompgravytrains.com/list-of-posts)

So. PD, according to the WCAB site, is to commence at an estimated figure within 14 days of cessation of TD payments, which was May 8, 2014. Defense counsel, when asked for the advance, simply responded, ‘what makes you think you are entitled to any PD?’

Adjuster asked, “Just to confirm what address would you like the PD advance sent to, thanks.”

Maybe the Bruce Leckhart forensic psych group could save some Court time and do a forensic review of the egregiously faulty 2013 QME/AME reports and compare to real doctor reports. I meant to call his office last week, but, I forgot. Short term memory and excitement about getting to to Coastline for ABI treatment created higher priorities. Everybody knows there’s no credibility to a QME/AME report when offenders derive bulk income from #InjuredWorker Cash Cows, don’t they? 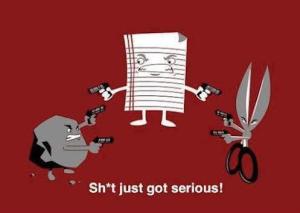 Maybe not. Perhaps it’s too heavy an issue for a private group; perhaps it’s time for the District Attorney to step up and step in?

No check arrived this week; no follow up from adjuster, just more legal nonsense and file churning. They want to again interfere with my last chances for any rehablitation, like they did for all self-procured care that was obtained because of their egregious refusals. Stewart and Kim think they are smarter than people from the DOD when it comes to brains? I think not. “Book ’em, Dano!”

WE, THE PEOPLE, CAN HOPE, HUH?

WE ARE THE MEDIA NOW. LET’S GO.