Summary:
1. MMI and Future Medical Reports & Personal Assistant now; Independent/Assisted Living, Memory Care for future
2. Trial Return to Work since I don’t get to complete Coastline Acquired Brain Injury Program thanks to file churning, refusals to mediate in June/July/August and Court delays and income issues and more]  Nobody has responded to my inquires about if you need any thing else from me.  Tina kept asking for a doctor release. I think you have it…that MMI says this is as good as it gets.  Well, let’s make some lemonaid.  SSA preliminary staff says you don’t need brains to sell timeshare.
3. Mediation or Settlement Offer (your turn, or pass again)
4. Actual vs. Reported TTD and PD benefits (and fines and 25% penalties per incident for failures to pay)
5.. SSA needs accurate benefits report from CNA  Was it $87,422.04, $82,092.04, $49,899.12, $47,252.31, $49,393.52 or some other number?  (see below)
6.. The reimbursement to EDD with the nearly $20K discount for refusing to pay TTD in 2012/2013 does not count as money given to me; apples and oranges; of that..  let’s look together, details below:

To Whom It May Concern: Just so you know, my outrage is not because I have a brain injury, my outrage is because so many people of the WorkCompsters ilk have profitted by FRAUD causing egregious harm to me, other injured workers like me, from doctors, lawyers, judges, politicians and agencies of the US government–by their total disregard for Civil Rights and all things American. The “Naughty & Nice Lists” are being collected by WorkCompCentralProPublica NPR and me and my fellow Injured Workers. Expect Us. Join Us.https://lnkd.in/bMvk4n8 #WATMN

You received the MMI medical report from Dr. Hilda Chalgujian last Friday, August 28, 2015 and on Monday, September 1, 2015, you received a further report from Dr. Chalgujian regarding future medical needs.  I have asked Wyndham Worldwide for the dates of the upcoming sales training and to commence the ADA required interactive process to explore trial return to work.  I have also restated my desired accommodations and I have asked if any thing else is required of me.  I have heard nothing.
Because of what appears to be inaccurate reporting by your client to and with EDD and WCAB regarding actual monies paid to me, there is extreme confusion regarding my Social Security Disability Benefits, causing further audits of amounts paid and due.
I did receive yet another print out from CNA (thanks, Fred)  but the numbers are different from other numbers I have received, EDD has received, and apparently those reported to WCAB.  (Copy attached; maybe respective numbers people can take a look and sort it out; the Advocator has not been able to, Matrix was also confused last year and I need to follow up with them since they demanded pay back due to information somebody gave them about income I was allegedly receivig but did not; this current CNA print out supports that.)  (Did anybody ever figure out yet why SSA thinks I’ve been receiving an disability benefits since May 2014?  Much less, they are alleging approximately $4k a month is being received? Yikes!  Gotta find out where that money went don’t we?  I did not come to me!  I have some uncashed checks for evaluations that have not been attended, and those checks will have to be replaced if we ever to Court on seeing an Ear Nose and Throat doctor for my brain injuries!)
As another adverse consequence to me, upon the threat by SSA of termination of all income benefits in November, I was unable to continue to complete the Coastline Acquired Brain Injury Program.  I did ask CNA to help with lodging and I would pay (as I have done thoughout) the meals and miles.   I am, as you know, out of pocket more than $43,000 to date because of your client’s patterns of continuous harm and failures to provide either immediate or further discovered necessary medical care.  If you recall, I was not provided transportation to as much as an urgent center, in fact, I worked my full shift and somehow drove 60 miles after work down an icy mountain to see the first doctor, per management instructions, who “would accept workers compensation insurance.”   My confusion and disorientation and inability to speak as I used to be able to got worse.  You know the rest of the story.
As it appears now:  (text from blog: https://askaboutworkerscompgravytrains.com/2015/08/30/3-of-3-workcomp-magic-money-math-or-follow-the-money-on-the-workcomp-gravy-train/)
It is unclear to everybody how Social Security Administration came up with the numbers for their calculations, and what sources were used.  As is apparent here, CNA is all over the place with how much they paid and when.  CNA has not paid any penalties to date for delays in payment, which are apparently substantial consider refusal to pay TTD through most of 2012  (4/16/12 – 2/14/13, with last payment being 5/8/14 in the amount of $1,298.82, issued 5/7/14)

EDD PRINT OUT SAYS THEY PAID 938 DAYS AND THAT WC PAID 509 DAYS FOR A TOTAL OF 1,447 DAYS FOR A TOTAL OF 127,214.90 FOR A TOTAL BETWEEN EDD AND WC FOR 1013 DAYS.  MAKES SENSE SO FAR?  YEAH, TO ME EITHER.
CNA adjuster alleges on 10/19/14 they “paid” 1/9/12-4/15-12 @ 652.15 per week and 2/15/13-5/8/14 @ 649.41 per week and reimbursed EDD for 1/28/12 to 3/4/13 for a total of $31,400.
CNA “Total WC Ind to Date””
“So, if CNA had paid 104 weeks at  $649.41 (eow check $1298.82) that would have been:  $67,538.64
So, please sort out what was actually paid to me by CNA, would you pretty please?  Was it $87,422.04, $82,092.04, $49,899.12, $47,252.31, $49,393.52 or some other number?  Please send proof of payments also, as it will be necessary to forward to SSA and WCAB Audit Unit.
There are also unpaid late fines and penalties due for failures to pay TTD, and failures to reimburse medical miles dated back to 2012, fully documented on the premature C&R proposed that included payback had I been willing to quit my job, forfeit any future medical, promise not to file for Social Security Benefits and worse. There are also fines and penalties for failures to pay medical expenses.  That is not the spirit of the Workers Compensation laws and the Labor Codes.  Actually, the 2012 attempt to coerce premature settlement once the brain injury was diagnosed and Kim Mall and Daniel Elliott obstructed every effort to get medical care and more complete diagnosis sounds pretty predatory and probably quite illegal.
Bottom line, as I told you all, due to the financial terrorism and refusals by CNA to pay TTD benefits, last year I was forced to apply for social services welfare, and the Salvation Army helped me keep my lights on.  I’m not doing that again.
This is America, and we have laws.  While I am not an attorney, attempting to represent myself despite my brain injuries due to the Ethics Violations of the prior attorneys that handled my case so poorly, I DO KNOW THE DIFFERENCE BETWEEN RIGHT AND WRONG, LAW AND ORDER
So, let me know how we proceed with return to work.  I’m not going back to social services for welfare money because so many people profited by my injuries and now I am no longer a profit center for same.   The District Attorney and FBI Corruption Task Fore has just shut down Palm Springs City Hall, and Wyndham has many properties in the area.  Let’s hope the alleged Wyndham WorkComp collusion/corruption finally makes it to their radar also.
I will be in Palm Springs and Rancho Mirage  this afternoon, doing some research into Independent and Assisted Living communities, that also have Memory Care services.   As Dr. Chalgujian’s report indicated I could certainly benefit from 8-10 hours of personal assistance, if you could organize that now, it could help me expedite return to work tasks.
Many thanks.  Let’s get going, we don’t want this file to churn several more years, or do we?    As mentioned on voice mail to Fred, if you all want to make a settlement offer, I have someone who will review it with me whose opinion I respect.  He doesn’t think you have any interest in settling, nor do I, so let’s get me back work.   We won’t know if I can do it till we try, and I am most willing to try.
Thanks a bunch.
Sincerely,
LINDA AYRES, IN PRO PER
lindaayres@aol.com
workComplinda@gmail.com 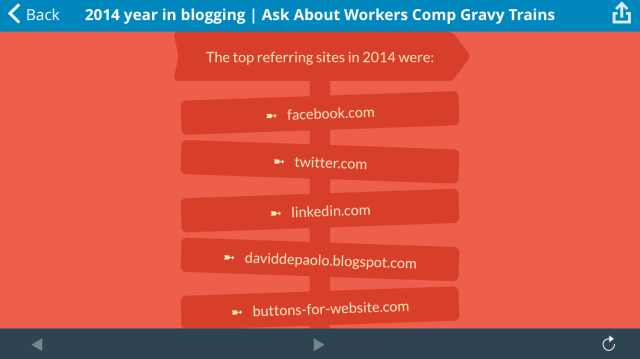