Skip to content
Gentlemen,
.
Thank you for taking the time to send your thoughts, posts and/or blogs about my efforts, disappointing as your input is.
.
Excerpt:    “You may as well just dig a hole and hide because no one is going to pay attention. [to you]”

SOMETHING IS TERRIBLY WRONG WITH THE WORKERS’ COMPENSATION SYSTEM, ISN’T IT?

.
“…why not study the system, study the law, the regulations, and PROPOSE solutions that a politician or regulator can endorse and work with?”
.

Why not rely on the Constitution of the United States of America to protect Injured Workers being violently abused, maimed, tortured and killed by the crisis of WorkComp hyper-corruption??
The answer to that is quite simple.  THERE ARE TOO MANY UNCLEAN HANDS ON THAT BATTLE FIELD, and they don’t follow the rules of war.

We’ll leave the legal battles to those equipped to fight those fights for indictments for crimes against humanity, and complicity of same.
.
I’m deeply disappointed by your attacks because I know you know the truth.  I doubt that you would send such a communication if I was not a woman, an older, disabled woman at that! I remember men talking to women like that in the 70’s.  We had a revolution, remember?
.

To attack and demean me is what it is.   I tell injured workers all the time that NOBODY WILL RISK THEIR INCOME FOR OUR LIVES, and that the sooner they get that, the greater chance they have for survival.

.
I have painstakingly attempted to ‘rebrand’ and to put action ideas around every item I have identified — to know avail.
.
.
I have suggested outcome studies of same body part injuries to Injured Workers and Personal Injury patients….suggesting it will absolutely expose the wrong doings and disabilities caused by WorkComp. The costs are then shifted to Social Security and Medicare after lengthy fights, relieving your industry of any risks or responsibilities whatsoever, passing everything through to taxpayers and the injured workers, with profits fronted by the duped employers who purchase policies for protection that are hardly worth the paper they are written on, when it comes to fiduciary responsibilities.
.
The injured worker questionnaire I have circulated has brought in some chilling horror stories.   Here, take a look again.
.
Watch for it.  You’ll be reading about them soon enough.  The majority of Injured Workers are so terrified of the mobster-type activities that permeate your industry, they have shared on an anonymous basis.  I have found an editor who will help me ensure they are protected in the anonymous tellings.  In such a manner, these “complaints” or “problem identifications” can then be discussed in the national community. Perhaps mediations will result for these specific cases, leading the way for others.  The offending carriers and employers will likely be identified in the telling, but not attached to the specific stories, in order to provide a degree of protection.   I hope the Department of Justice will find the efforts worth reading, since the industry considers such stories ‘drivel.’
.
Here’s the questionnaire again, if you never looked.  What’s Your WorkComp Story?    https://myworkcompcoach.com/whats-your-workcomp-story/  The editor I hope to retain has promised to help develop and refine further questions.   As you know, I have a brain injury, so some cognitive challenges are beyond my post-injury capacity.  I do the best I can with the abilities I have left.  They didn’t label me ‘permanently disabled’ just for fun, in case you have forgotten.   “I’m injured, not stupid.”
.
When I am chided for being non-supportive of a program that ‘gives food to poor injured workers’ –WORKERS destroyed by workers compensation corruption, I must wonder about the money behind bringing such a program to the USA and wonder further at the audacity to accept the need for such handouts in America when there are laws in place to protect injured workers, scoffed at by your industry and the politicians it leases/owns.
When a set of industry blog contest-judges cannot find one word to say about any of the nominated Injured Worker blogs by Americans — something sounds pretty suspicious, doesn’t it, and quite unpatriotic. That they were shunned because they criticize the industry realllly sounds suspicious, doesn’t it?   It took a troll attack on an Injured Worker to get that ‘committee chair’ to even comment on Injured Worker nominations, albeit insultingly so?
.
We still have a Bill of Rights, don’t we?
.
I think it’s far more patriotic to deal the CAUSE, knowing EFFECTS will take care of themselves.
.
RESOLVE THE PROBLEM and INDICT THOSE COMMITTING THE CRIMES CAUSING INJURED WORKERS TO BECOME JOBLESS, HOMELESS, AND FOODLESS, IN BAD HEALTH.   To refuse to deal with the core issues is, in my humble opinion, getting to the heart of the issues of your industry.  The DA’s can’t bust the crime rings with the millions of dollars allocated?  Fine.  Send in the National Guard to take over their duties.  When, for example, Evaluating Doctor crowds have direct lines to the offices of the District Attorneys to provide to complaining injured workers, WE MAY HAVE A PROBLEM, HOUSTON!

.
The nuclear industry has a similar style of propaganda and disinformation, deployed by their disinformationists.  It’s fascinating and very easy to discern.
.
So when you suggest my efforts are useless and that  “You may as well just dig a hole and hide because no one is going to pay attention.” I can respectfully remind you of the ol’ civil rights saying, ‘NO LIE CAN LIVE FOREVER!’  How long?  YOU SHALL REAP WHAT YOU SOW! [31 second reminder]
.
I agree with you on one point.  “A complaint without a solution is bullsh*t.”
.
What other complaints do you have about my methods of increasing awareness of the crisis of hyper– corruption in the WorkComp communities?

Every doctor, lawyer, judge and provider knows full well that EVERY WORK COMP STORY IS THE SAME —-  Just different names, body parts and case numbers.
.
Outcomes are usually dismally the same.  Denied medical care, compounded injuries, denied benefits, lost health, lost jobs, lost homes, lost lives.
.
Nobody goes to jail for fraud, corruption, attempted murder, obstructions of justice or collusion.
The Angels of Death doctors owned/leased by the industry are well paid, and decent doctors are cheated of agreed on fees.
.
How many lives have been destroyed by Workers Compensation to date?
.
How many more lives will be destroyed before your industry is stopped and held accountable for so many crimes??
I PROPOSE TO FIND THE WAYS AND MEANS TO HELP FREE THE PRISONERS OF THE WAR ON WORKERS IN AMERICA, FOR STARTERS.
Mediators and Structured Settlement teams, for Injured Workers, armed and trained in blogging and social media maximum impact and investigative reporting is a first step for Virtual Combat and Survival.
I have written at length on many possible strategic solutions.  Encouraging Committees of Bloggers and breaking the silence on the dirty OPEN SECRETS OF WORK COMP has always been one of my aims.  I am happy to report many calls and emails of thanks from injured workers who find hope and strength in my writings.
As long as your industry feels above the law and protected, it’s an uphill battle.
ProPublica and NPR shined some light on the issues, but only the tip of the iceberg. It is obvious that the industry is attempting damage control from the fallout of the Insult to Injury Demolition of Workers Compensation investigative reports and the Congressional response, which, you may recall, offered to send in law enforcement help, if needed.  When I say, “Yes, please, SEND IN THE NATIONAL GUARD” it is not said without foundation.
For you and your peers to take pot shots at the very few Injured Workers willing to stand up and say, “Yo! Guys! WTF do you think you are doing and WTF do you think you are maiming and killing people in the USA for profits could be easily classified as truly reprehensible?!! NOT IN THIS COUNTRY, M*F*s!!”
If believing in the Constitution of the United States of America makes me a ‘militant’ in your opinion, well, all I can suggest is that you might take a look at Constitutional law one of these days.
The position of your industry of for-profit aggressive maiming, torture and killing of unarmed and disabled populations, young and old, primarily female,  in a systematic program of extermination seems to be the more extreme stand.  Just saying.  It takes most injured workers approximately 2 years to grasp the harsh realities; some never get it and cling to the results of Stockholm Syndrome and their necessary opiates, due to failed surgeries and denied corrective surgeries…FOR YEARS.
I am working on creating an eCourse:  WorkComp Survival and Virtual Combat Skills to help injured workers and people of goodwill in the workcomp industry to fight the good fight to save lives, free the prisoners.
Many hope and pray for indictments of the most heinous of the serial killers in your industry, without wasting a minute on fighting windmills. That is unlikely to happen in my lifetime or yours, but working together, lives could be saved….. just like some people were spared the horrors of Auschwitz and other death chambers.  It will take longer without your help, but be assured, that the War Your Industry has declared and continues to wage on Injured Workers will not go unfought.

Your industry has made it’s position clear.  Injured Workers suspected that May would bring a huge propaganda blitz, more than a year in the makings, to attempt damage control and profit saving due to the truths exposed in Insult to Injury:  THE DEMOLITION OF WORKERS COMPENSATION.
.
Do you consider the award winning work of Grabell, Berkes et al as “mere complaining” or as some like to say, “drivel” when the industry issues are elevated?  Not comparing my exposes to the power behind ProPublica and NPR….  I just have my little disability checks to fund my efforts with, not huge corporate benefactors. like y’all do.
.
I even suggested to the Sedgwick fellas about a National Telesummit series, to get issues on the virtual table for discussion by not only professionals, but by those across the nation, most egregiously harmed by the patterns and practices of Workers Compensation.
Alrighty.  Your position is clear.  I hope mine is, too.
As always, many thanks for all your kindness over the years.  I wish you could find a way to multiply those efforts and help more injured workers escape and survive the horrors of Workers Extermination Programs.
.
Maybe instead of the “Blame Game” for national discussions, the “Thought Leaders” may lead a round of the “Glad Game.”‘
.
While the final suggestion was that I re-read “How to Win Friends and Influence People”…. in a spirit of reciprocity, I would suggest that you start a study group of the book, THE ART OF WAR by Sun Tzu, to address the CRISES OF HYPER-CORRUPTION DESTROYING THE AMERICAN WORKING CLASS.   As you all know and boast about, what goes on in WorkComp is NOT A SECRET.   Ask any doctor or super lawyer, huh?  Or any injured worker.
.
See you around the internet.
. 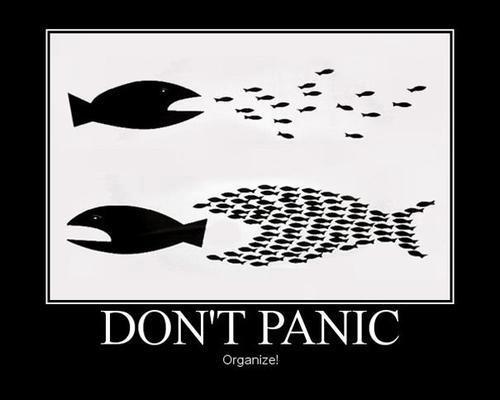 PS  As always, feel free to share anything I have written with anyone you deem appropriate to serve the Common Good.

Also, ask about Your Radiation This Week.

Like WorkComp, tell your friends and tell your neighbors.  Your governments already know.