Injured Workers’ Stories Are The Same

–the minor differences are names, body parts and case numbers – Ask a Doctor or Lawyer for confirmation

Ask Your Injured Friends and Neighbors, too! 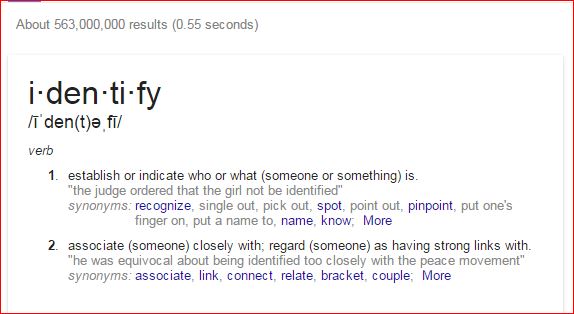 “The reason you draw the reactions from these folks is not because you are being vilified, or because they have a disdain for the injured worker with a voice or any other malicious reason.”

“It is very simple – you offer nothing positive relative to change.”

“Anyone can complain. Few do anything to effectuate change.”

“Drawing attention to the negative, which you have done for the past several years, does nothing to further the conversation, offers no solutions, provides no road map.”

…It simply is not enough to complain. Everyone has a complaint. A complaint without a solution is bulls**t. You may as well just dig a hole and hide because no one is going to pay attention.

Everyone knows that bad sh*t happens in work comp and that there are profiteers off of the injured. That’s no secret.

So what are YOU going to do about it? …. Anonymous Industry Mouthpiece

The contempt and disdain that masks the dangers to Injured Workers by the industry profiteers is undeniable and sounds pretty darn dangerous, doesn’t it?

I wonder what if the 30,000 + viewers of AskAboutWorkersCompGravyTrains.com have any opinions on the foregoing statements?  If so, please tell me more at WorkCompLinda@gmail.com

Watch for future issues of MyWorkCompCoach.com for strategies on how to deal with such interactions.  Remember remember Ghandi…

I want to find a way to propose solutions to help Injured Workers escape the WC System with their lives.  The laws are unenforced and meaningless.

I have a collection of Injured Worker stories, most of whom prefer to be Anonymous.  Watch for them.  They include, but are not limited to, in progress tragedies apparently caused by Sedgwick and others.  Most have poor-to-no legal representation, advocacy, medical care or benefits.  Yes, in America! An AMERICAN DIRTY OPEN SECRET.

Too many lawyers just make stuff up to protect profits by any means necessary. The US Constitution is mocked by the WorkCompsters, and far worse, they get away with it.  You don’t look.  You don’t care. Till you’re stuck in the box car, heading for the death camps of WorkComp.  Enough is enough.

It will require teams of mediators and structured settlement people. Would you find that of any interest? Start with a plan to release all POW’s who have been in the WorkComp System 4 or more years…..within 12 months, with the help and supervision of the National Guard.

It requires “arming ” Injured Workers with the ability to blog and share their stories, heinous as most of them are.

I am also in the process creating a course for Injured Workers to empower them with Work Comp Survival and Virtual Combat Skills!  Watch for it!

I am wondering about the possibilities of a collaborative effort and ezine and possible Tele summit to unite voice of any good people in Workers Compensation with victims of WorkComp to lead legitimate national discussions “Of the People, By the People and For the People.”

I am one voice speaking on behalf of Injured Workers. There are a few of us.

Canadians and Australians seem more vocal about the same class atrocities. Perhaps they don’t fear their governments like so many American’s do?  Has our Constitution become so meaningless that an entire industry can profit by destroying a segment of the Working Class?   ‘When they come for you, there will be no one left to speak for you…’

Most injured workers are too terrified of the WorkCompsters and their legislated fraud and surveillance and threats, compounding denied medical care and benefits.  Doesn’t that truth make you shake your head and want to shout, “NOT IN THIS COUNTRY!!!”

The Injured Worker stories are the same — minor differences are names, body parts, and case numbers.  The outcomes are much the same too…with degrees of further maligned health,  income and job losses, botched surgeries, risk/cost shifts to taxpayers via Social Security and prison systems, ETC.

Some experts insist that the best injured workers can hope for in America is social security disability and an early death.   Really, some industry investigative reporting from the dark side, huh?

Others suggest that the best American’s can hope for is a program to provide ‘food for the poor injured workers’ rather than LAW ENFORCEMENT FOR MEDICAL CARE AND BENEFITS, indictments from criminal conduct of the WorkCompsters, and the protection by the National Guard for extreme CIVIL AND HUMAN RIGHTS VIOLATIONS IN EVERY STATE IN THE UNION. 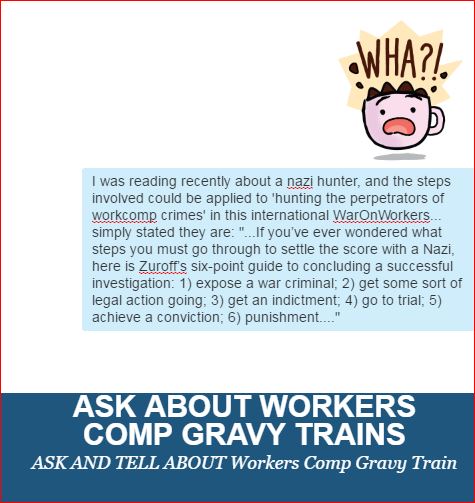 “….and whether added authorities are needed to better ensure that the interests of injured workers and taxpayers are protected.”

We say, keep your bags of surplus food out of the legal functioning of WorkComp…ENFORCE THE LAWS THAT ARE IN PLACE TO PROTECT INJURED WORKERS, AND INDICT THE OFFENDERS THAT READILY COMMIT FRAUD WITH INTENT TO DENY MEDICAL CARE, AND WORSE.

If the laws are unenforceable, then there is no choice but to immediately demolish the workers compensation systems and commence trials for the crimes being committed against every Injured Worker in America, and taxpayers, and employers and legitimate service providers.  You could be their next victim. 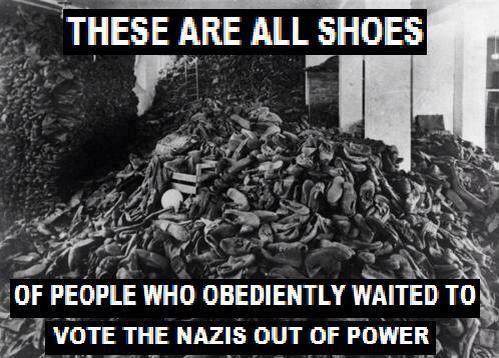 I am a work comp survivor, who was extremely unsuccessful in finding competent legal counsel.  Nevertheless, in pro per, ‘the parties reached resolution, subject to confidentiality agreement.”  #BloggersSurviveWorkComp

Doctor and Lawyer pals advised to “get out of the workers comp system by any means necessary; it will kill you.”   Some later said that in their entire careers, they never saw anybody fight so hard to survive WorkComp.

One such ‘fan’ suggested that I create a ‘coaching program.’  From that simple encouragement, I began working on a new blog, MyWorkCompCoach.com and an eCourse, Surviving Work Comp and Virtual Combat Skills on Teachable.

Personal ‘rebranding’  post-WorkComp is difficult when hearing fresh horror stories, while being continuously assaulted by industry trolls and their ilk.  It can, however, be accomplished, with a little help from our friends.

I have been a strong advocate for the CompLaude Awards 2014-2015 and I used my resources to also share in the social media communities about the recent 2016 best blogs contest.

A search of the website, AskAboutWorkersCompGravyTrains.com results in pages of and pages of posts about the Comp Laude event.  Ditto for the ‘Best Blogs’ event.  Call it ‘drivel’ if they will.  Sticks and Stones…..

We also shared news of the Sedgwick Institute Linked in group, for what it’s worth, after reading weeks before of the mega-funded SEDGWICK INSTITUTE, allegedly established to investigate the ‘issues’ of WorkComp.  Search my blogs for further info.  Google it.

I blog extensively, to the best of my abilities, as I recover from Worker’s Compensation and brain injury.  My anti-nuclear efforts have suffered tremendously due to WorkComp battles, but it has helped to see the parallels between the ‘PROFITS BEFORE LIVES’ nuclear and insurance industries, and the ‘swaths’ of 21st Century Sonderkommando.

I live near Joshua Tree National Park in California, USA. I am much nicer than I may appear in my blogs, and while my ability to speak is still impaired and challenging, I can speak but written communications are much easier for me, post-injury. If you have a story to share, send it to me.  We Are The Media Now.

Please let me know if you think there might be mutual benefit in a discussion. I have several projects on the table and it seems that the industry has amped up their propaganda blitz in a feeble effort to neutralize or mitigate the truths exposed in the 2015 Insult to Injury / Demolition of Worker’s Compensation series.

“Injured Workers without a blog are Unarmed and Unprotected In The WarOnWorkers!  #WoW”

Here are the industry’s picks of the Best Blogs of 2016.  Note the absence of Injured Worker Representation.

They all seem tasked with a propaganda launch to attempt to mitigate the truths exposed in 2015 by ProPublica and NPR efforts that just exposed the tip of the iceberg.  They are apparently having a ‘secret’ national discussion in May…. we’ll see what comes of that, won’t we.  So far, not so good in the open-ness and transparency arenas.  Attacks on Injured Workers seem to be escalating, and tales of WC Nurses posing as employees at doctors offices have been reported to be threatening, intimidating and terrorizing injured workers at doctor’s appointments.  SMH…. thinking, ‘NOT IN THIS COUNTRY!!’

Share the link.  We’ll create another directory with Injured Worker reviews of the accuracy of their content, in due course.

Follow them all, and search their sites to see which ones actually bother to report on WorkComp Fraud legitimately…. the carriers seem to have the most indictments, and employees weigh in at less than 1%.  Follow that money trail.

JOIN IN THE DISCUSSIONS ON LINKEDIN.…  and tell your friends and neighbors; your governments already know.

You might also peruse these blogs for some potentially inspiring thoughts for actions….  “It takes a village.”

“I BLOG, THEREFORE I AM A WORKCOMP SURVIVOR.  BE ONE , TOO.”

–It’s a simple questionnaire; remember, once we know you’re in WorkComp, WE KNOW ALL THE DETAILS OF YOUR STORY.  IT’S AN OPEN SECRET.