ANOTHER DIATRIBE VIA WORKCOMP CENTRAL…supporting such notions?

First, my take on the malicious organized personal attacks by certain members of the Workers Compensation community, then the threads, FOR WHAT IT’S WORTH.

Hint:  ‘Smiling Silent Injured Workers do NOT get medical care, competent legal representations and benefits either.’    It’s all about the money.

That notion and disinformation to smile and be quiet to get medical care or charitable supplies is pure insurance industry disinformation/propaganda, IN ORDER TO PROTECT PROFITS BEFORE LIVES, touched with sexist thoughts (akin to the cycle of domestic violence)  that women should be seen and not heard, unless they toe the company line, then they may speak, as scripted only.

Take note of how many women are involved in the ‘WorkComp National Discussion’ and the various panels of their regular high-end conferences and parties, ‘All of This Because Somebody Got Hurt at Work.’

See also INSULT TO INJURY:  THE DEMOLITION OF WORKERS COMPENSATION  – an award winning investigative report about the state of Workers Compensation in America.

In response to a ProPublica and NPR investigation, members of Congress are urging the labor secretary to come up with a plan to protect injured workers and taxpayers. 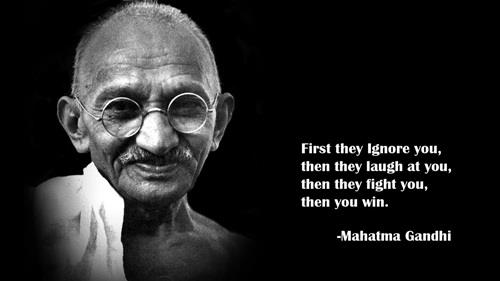 The pockets of ProPublica and NPR are apparently too deep for organizations like WorkComp Central and WorkersCompensation.com and their ilk to do battle with — so the WC boyz want to continuously attack one of the very few Injured Worker Survivors who blogs in order to help her fellow Americans, despite a brain injury?  Really?

These are the THOUGHT INFLUENCERS, attacking and disparaging injured workers/workcomp survivors are shaping public opinion on what’s desperately wrong with the epic fail and shell game of Workers Compensation????????? REALLY?  C’mon, Americans are not that stupid, are we?

If you can still think you might re-read the October 2015 letter from 10 congressional representatives to the Department of Labor Secretary, on the alarming issues of Workers Compensation.

So much for the National Discussions on Workers Exterminations, huh?  How are the “Secret Discussions” coming along in the Heartland? D’oh.

Hint:  You won’t find it near the Injured Workers of America, Canada or Australia.

The first diatribe was from David DePaolo himself, first as an email (which was ignored) and then it was embellished and became a blog called ASSUME RESPONSIBILITY.   It’s not David’s best work or shot, it’s fraught with sexist innuendo and  but the comments from Injured Workers will be enlightening to all who read them.

The structure and content is not David’s typical nearly perfect delivery with concrete, critical thinking.  In fact, it hardly looks like his writing at all.  Was there duress that caused such an attack, seemingly organized to do even more harm? Who knows.  Maybe too much time in the air, in the rads.  He knows about Wigner effect, etc. He’s a pilot.  He has to know.

Injured Workers ask me why David is attacking me, and inciting further attacks.   All I can say is, “‘I dunno and don’t care.  The behavior sure seems like that of a psychopath.’

Others chime in that they are just trying to silence me.  I’m just trying to help discover and implement some win/win/win resolutions that allow Injured Workers to survive, escape WorkComp, get medical care and get on with their lives.

Many Injured Workers want to see incarcerations for the criminal conduct they have been subjected to.   A nice compromise is, upon swift resolution of all cases over 4 years old, for starters, wishing the criminal elements of Workers Compensation very interesting lives in the great outdoors, and no reminders to #DodgeTheRads.

I thought David respected the Constitution, particularly the First Amendment, even if the Fourteenth Amendment means little to him and his.  I guess I was wrong there, too.

Rosemary, author of the most recent diatribe below,  facilitates, among other things, bags of food for poor, impoverished, injured and disabled Workers in Australia who have been abused and tortured by a similar WorkComp system that is allowed to operate without fear or caution, maiming and killing as they go.  Apparently she has been providing basics for Injured Workers for nearly 20 years.

David DePaolo seems mad at me because I am not interested in promoting ‘bags of surplus food’ to America’s injured workers.  It could be something else.  I used to work for an attorney who always said, “REMEMBER, PEOPLE WILL NEVER FORGIVE YOU FOR THE WRONGS THEY HAVE DONE TO YOU.”

Organizations already exist that help Injured American Workers abused, tortured, impoverished by the scofflaws of the WorkComp systems.  The Salvation Army is one such organization that helps injured workers keep heat and power, and they also have food banks.

I SAY, DAVID AND PALS, YOU’RE IN THE LEGAL WORLD.  WHY ON EARTH WOULD YOU ATTEMPT TO FUND AN ORGANIZATION TO PROVIDE FOOD TO AMERICANS IMPOVERISHED BY THE EPIC FAIL OF THE DESTRUCTIVE, DEBILITATING AND LETHAL SYSTEM OF WORKERS COMPENSATION INSTEAD OF DEMANDING LAW ENFORCEMENT?!!

I received a call from a LinkedIn member who alleged he wanted to help empower me to advocate for Injured Workers.  I accepted the phone call.  He wanted to talk to me about creating a local food bank.

I politely told him to go to hell, because we have a BILL OF RIGHTS AND A CONSTITUTION IN THE COUNTRY, and if States refuse to protect injured workers and citizens, Congress has offered to send in law enforcement.  WE NEED A NEW CIVIL RIGHTS COMMISSION, NOT BAGS OF SURPLUS GMO FOOD.

Effects must surely be addressed, and I too, had episodes of no money where I had to rely on charity because of Workers Compensation, and it was a very humbling and frightening experiences, compounded by a brain injury.  I have always been about addressing causes, knowing full well that in so doing, EFFECTS TAKE CARE OF THEMSELVES.

If the crises of hyper-corruption that facilitates the impoverishment and egregious harm of America’s injured workers is eliminated, food banks for that population will become unnecessary, along with advocacy and legal aid and all public assistance.

SIMPLE – DEMAND THAT THE INSURANCE CARRIERS FULFILL THEIR OBLIGATIONS TO PROVIDE IMMEDIATE, REASONABLE AND APPROPRIATE MEDICAL CARE, WITH RETURN TO WORK PREPARATORY ACTIONS, and stop torturing and abusing injured workers.  STOP WITH THE LIES THAT WORKCOMP CASES GONE WRONG ARE THE EXCEPTION — DEMAND THE COMPLETE DEMOLITION OF WORKERS COMPENSATION AND HOLD THE ‘BAD ACTORS’ ACCOUNTABLE FOR THE RAMPANT LEGAL CHICANERY AND UNLAWFUL CONDUCT.

HOW ABOUT TAKING SOME LEGAL ACTION TO SEE THAT LAWS ARE ENFORCED, FRAUD IS PROSECUTED, INJURED WORKERS ARE PROVIDED WITH MEDICAL CARE AND OTHER BENEFITS IN ORDER TO RETURN TO WORK.

WHY DON’T YOU JOIN US IN ESTABLISHING A NATIONAL MOVEMENT TO PUT A CAP ON HOW LONG A FILE CAN BE CHURNED IN WORKERS COMPENSATION LAW FIRMS??

IF TEMPORARY TOTAL DISABILITY PAYMENTS CEASE AT 2 YEARS, THEN SUFFICIENT MEDICAL CARE SHOULD BE DELIVERED WITHIN THE TWO YEARS TO FACILITATE RETURN TO WORK.

IF IT IS NOT, THEN THE CASE SHOULD BE MEDIATED WITH STRUCTURED SETTLEMENT AND RESOLVED. THE CURRENT INCENTIVES TO PROVIDE MEDICAL CARE AND CLOSURE DO NOT EXIST FOR THE EMPLOYERS OR CARRIERS.

IT IS COMMON KNOWLEDGE THAT IT IS MORE COST EFFECTIVE TO DENY MEDICAL CARE AND HOPE AN INJURED AMERICAN DIES BEFORE A JUDGE CAN ORDER MEDICAL CARE.

ON TO ROSEMARY’S  DIATRIBE DIRECTED AT WORKCOMP LINDA

What Difference Does it Make in America? Incapacitation Benefits or Disability Benefits Denied in the WarOnWorkers #WoW

….causing incalculable human suffering, poverty and premature death….. Doesn’t that make you want to rise up and scream:

NOT IN THIS COUNTRY,

~~~~~~~~~
PS WarCrimes in Progress in America…. the rest of the world knows we are being gassed. Demand WarCrime Trials… BE INFORMED NOT JUST OPINIONATED. ASK who authorized shut down of so many EPA Monitors across USA…. AND WHY!

BTW….  TIME TO ALSO DEMAND WAR CRIMES TRIALS ….. AMERICANS ARE BEING GASSED are too deluded to even care, or take any precautions.  Can’t fix stupid.

See more at Your Radiation This Week No 55  – BE INFORMED, NOT JUST OPINIONATED.