Linda Ayres looking for The Magic!

Thanks, Colleen Arneil!!! Day 1 steps were simple and powerful!

Step 1 — 10 points – I showed up live at 11 to the Passive Income Lounge; calendar marked to be there tomorrow, too.

The Select Your Topic action was clarifying and confirming/personally validating.

The “Validate My Idea” exercise was real powerful, and had me smiling.

On UDEMY WorkComp had matches, but I did discover two courses

1) Introduction to Workers Compensation Surveillance by a private investigator [ a horrible and harsh reality of the practices of WorkComp in America, Canada, UK and Australia….]

2)VA Fully Developed Disability Claims – ‘incapacitation’ is the military equivalent of WorkComp… and it looks like a soldier developed that 6 section curriculum, with a very left-brain military organizational structure. I may have to study that! 😀

2) Amazon had 2,654 books on WorkComp; it had 6,330 books for Injured Workers (mostly written by attorneys, but a few that touched on Survival, written by other Injured Workers — most were written a few years ago, and some were had introductions by attorneys… none of those were sugar-coated. Most of the books seemed to be ‘industry propaganda’ but I even found one by a former WorkComp commissioner … spilling the beans on the atrocities…and offering some solutions.

That was a totally cool exercise. I also found my log in to your eCourse that I purchased how long ago?

I even posted a couple related thoughts on LinkedIn (they know me in the WorkComp community there; I am one of just a couple of Injured Worker BLOGGERS in the USA… I also want to do an eCourse on BEGINNING TO BLOG….so that Human Rights and Civil Rights activists can better harness the power of social media.

“WE ARE THE MEDIA NOW” is a little slogan/meme I have used for years… it fits. 😀

And below are images of how far I got so far in creating a course… I would welcome feedback on which is more inviting, considering that most Injured Workers in America are being seriously abused by a system that intends only harm, and many feel (and are!) quite dis-empowered.. and hope is a long forgotten emotion for too many.

See you tomorrow! Thank you! xoxoxox

Colleen Arneil This is great Linda! Kudos on the hard work. It’s so empowering to show this specific demographic about what IS possible still.
Unlike · Reply · 1 · July 12 at 11:57pm

Linda AyresThanks Colleen Arneil – there seem to be 8.9 million American injured workers on Social Security Disability, and another stat is 54 million Injured and Disabled Workers across America. Canada, Australia, UK all have the very same challenges. Yes, we’re quite a demographic….!! We serve as extreme profit centers for some pretty vile racketeers…. xoxoox
Like · Reply · 1 · July 13 at 11:01am

Thanks Colleen Arneil I love the structure here, too!

SUMMARY:
1) I am a Writer, Warrior, TBI WorkComp Survivor,
2) I am a Blogger– WorkComp and Nuclear Warnings
3) At times, sometimes surprising to me, I can swear in some of the most un-lady like manners….at some of the most influential people, if they happen to annoy.

1. WorkComp is one of the ‘dirty little secrets’ that puts all of us risk. The#YouEconomy may changes that very soon! I slipped on ice at work and conked my head in 2012… and learned the meaning of “TBI – Traumatic Brain Injury.” I am a TBI Survivor and Warrior!
Neurologists all said, ‘EMBRACE THE NEW YOU” and this ‘new me’ was not as fast, smart and perky as the ol’ me. I said to one doctor, “Well, I don’t know who this new chick is, but if I am supposed to embrace her, I think they better plan to rehabilitate me — and train me to become a neuro-scientist!” He was not sure if I was kidding or not, so he invited me to an annual Brain Injury Conference that weekend, but warned me that it was primarily for military and medical professionals. THAT was the beginning of my real grasp of#Concussion.
[If you haven’t seen the movie, Concussion, get the dvd, and watch the back story and the documentary included, also. Dr. Omalu is quite the American Warrior — fought with the NFL — and survived, and changes are a ‘comin…PS If you have a friend or loved one with a #Concussion, try not to say mean stuff like, ‘you like fine, get over it!’ .]

2. I learned to remind attorneys and workers’ comp ‘doctors’ that I’m injured not stupid when I encountered some of their …. shenaningans and improprieties.
Without benefit of competent legal counsel, in less than 5 years, the ‘parties reached resolution, subject to confidentiality agreement.” and it is upon that ROCK I hope to empower other injured workers in America, Canada, UK and Australia, and beyond, how to fight a ‘rigged’ system and get out with your life. Some of my Injured and disabled friends have been fighting for their lives for more than 5, 10, 15, 20 and some even 30 years. It’s a horrible system of abuse and torture, and if one is not permanently and totally disabled going in, the risk is quite high for being so before ever escaping. One book, co-authored by an Injured Worker and an attorney, (discovered in yesterday’s PassiveIncomePrepSchool assignment had a more polite way to describe the improprieties that most all Injured Workers face. It said something like, “Trust your Mother, but cut the deck anyway.” Something relative to playing cards and protecting one’s self against cheaters.

” I BLOG, THEREFORE I AM A WORKCOMP SURVIVOR. BE ONE, TOO.” is one of my memes.
Another is, “Without a blog and a growing database, Injured Workers are Unarmed and Unprotected in the Global War on Workers.”
[LinkedIn influencers have found my …. transparency… simultaneously refreshing, alarming and intimidating…Some have revised their guidebooks based on my input..]

3. THANKS FOR PERMISSION TODAY TO BE TOTALLY AUTHENTIC, AND EVEN SWEAR LIKE A SALTY SAILOR!!!
Speech therapists and clinical psychs say “quit swearing” and that’s as helpful as saying “quit forgetting and stop being so damn confused and disorganized…” Expletives are not uncommon, for years, post brain injury. It is sometimes the least important of the impairments to address….. the brain does regulate Everything. POST-TBI …. my levels of decorum hardly exists! F**k!

Thanks again for all you do to make the world a better place, and make us laugh in the process!

DAY 3 – MISS THIS AND MAKE NO MONEY

Many of the books on Workers Compensation and or Injured Workers either had NO REVIEWS or happy-happy ones that appeared to be ‘solicited reviews’..

I will have to dig a little deeper… a theme for why people LOVED the books could be summed up with “SAVED MY LIFE.”

‘Crappy Reviews’ were more of a ‘surrender’ to the ‘snake pit’ of the ‘corruption….’

State-specific books confused some people, and others were annoyed that they purchased books not knowing they were State specific.

The exercise helps me see that my ‘niche’ is on target… I see no value in playing the ‘rigged legal game’ and my ebook and eCourse are aimed at helping injured workers (and their attorneys, if they have them) do whatever is necessary to ‘encourage’ all stakeholders coming together with impartial mediators and structured settlement teams.

DOJ can address the criminal activities and malfeasance… helping to FREE THE HOSTAGES seems to be a ‘higher calling.”

PS With all the talk in the lounge about buying courses, I just had to buy your CANAVA course today 😀 , and as I looked at the One on One Coaching I was very excited and then experienced some serious ‘sticker shock’ that moved into, “I can’t afford THAT. Kudos for Colleen! She’s worth that and much more! Hmmmmmmmmm….. I wonder if she ever does ‘small group’ coaching that could lead to more intense 1 on 1 coaching…” Then I saw the money course, and thought, hmmmmmmmmmmmmm….. and got my smile back. We’ll start with Canava and the Course Creation I already have… and we’ll see where this 7-day course leads… The clarity by Day 3 is pretty phenomenal, based on the course, lectures and group input! Wooo hooo!

You’re Awesome, and sooooo Smart, yes, we are lucky about your background!

Thanks! See you tomorrow at 11!

Colleen Arneil Love love love how you are going all in, amazing workLinda! And yes hang tight for what is to come next week because I do have a way to work with me either in group or with some one on one that is a smaller step than my big one on one program 🙂

DAY 4 – THIS IS A GAMECHANGER

Thanks Colleen! Great questions, tiny steps, powerful insights! Saying it out loud (or posting it) brings it into ‘manifestation’… 😀

STEP ONE: 10 POINTS – ATTEND FACEBOOK LIVE AT 11 “chatting about the mindset it takes to makethe passive income flow’

STEP TWO: 10 POINTS – Post and share “YOUR BIGGEST desire is. What are you hoping to make happen with your business? Where do you want to be in 6 months?”

I am hoping to create educational ‘products’ that can help me serve an ideal audience, and do so in a way that also helps me to create a revenue flow to serve fiercely, with top tech automation and beautiful, simple to follow and very organized personal development/self-help/Warrior programs…(sort of like how the Passive Income Queen conducts biz! ) 😀

Einstein reminds us that ‘Those who have the privilege to know have the DUTY to act.’ I know. I act.

By or before January 15, 2017, six months today, my “biggest desire’ is to to have a functional organization/business/program, consisting of, but not limited to:

1) One or more TEACHABLE eCourses in WorkComp Survival, and one or more eCourse in understanding & grasping the need to #DodgeTheRads, as it impacts health, & 3+ mainstream media article publications;
2) One or more eBooks on WorkComp Survival and #DodgeTheRads life extension practices with full on opt-in pages & all necessary tech pieces/systems for webinars, and growing database and global reach;
3) Continued blogging on related topics, such as Social Media, TBI and LOEF, helping others ‘connect the dots’ and take right action;
4) An affordable, brilliant, affordable team of experts working with me to produce the above referenced transformational materials/products and related ..and a database of more than 20,000 ‘interested’ parties and co-workers;
5) Social Media Movements of global proportions to provoke further conscious thought and positive transformations

OR SOMETHING EVEN BETTER! 😀

#DodgeTheRads – Remember Remember – All Nuclear Reactors Leak All of the Time – 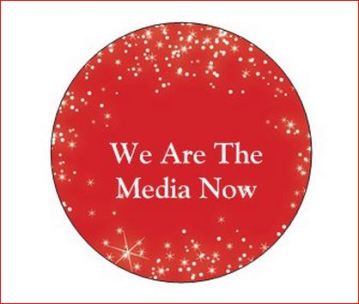